Broadway.com #LiveatFive: Home Edition with Katharine McPhee About BOMBSHELL: IN CONCERT by Broadway.com

Social Distance in 30 Minutes: The Authors of Come From Away by McCarter Theatre Center

Chip Zien Sings "No More" from INTO THE WOODS (Stephen Sondheim's 90th Birthday Concert) by Broadway.com

Josh Groban Sings "Children Will Listen"/"Not While I'm Around" for Sondheim's 90th Birthday by Broadway.com

Mandy Patinkin Sings "Lesson #8" from SUNDAY IN THE PARK WITH GEORGE A Cappella by Broadway.com 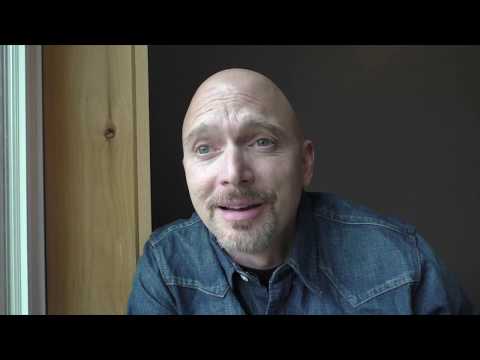 Michael Cerveris Sings "Finishing the Hat" from SUNDAY IN THE PARK WITH GEORGE (Sondheim 90th) by Broadway.com 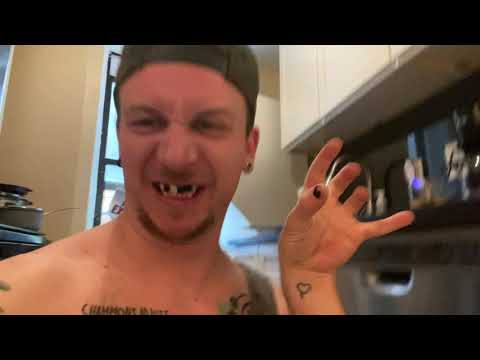 Gerard Canonico - "When I'm With You" - TIGER KING: THE MUSICAL (A Parody!) - (Official Video) by Broadway.com 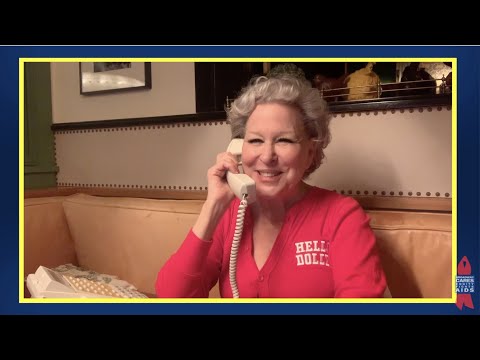 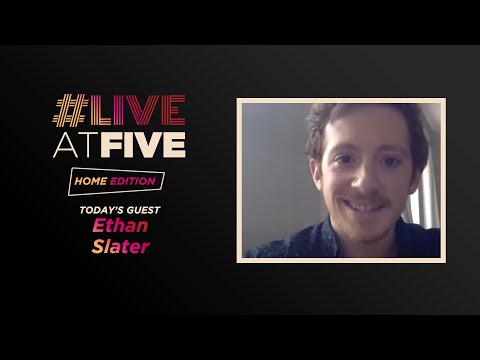 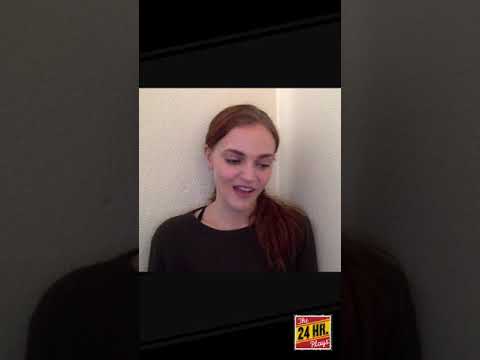 24 Hour Plays: "It Could Be You" written by Emily Mann, performed by Madeline Brewer by McCarter Theatre Center 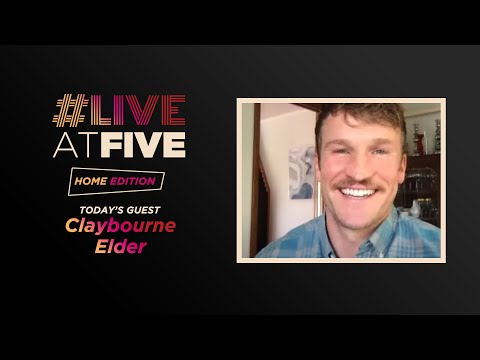 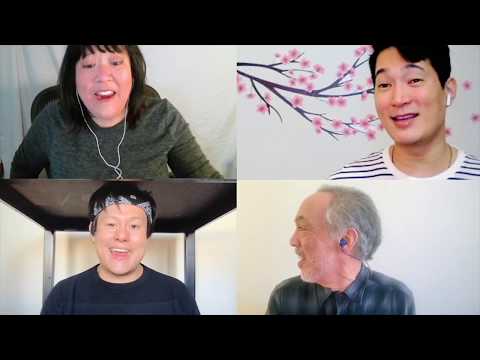 "Someone In a Tree" from PACIFIC OVERTURES by Ann Harada, Thom Sesma, Kelvin Moon Loh and Austin Ku by Broadway.com 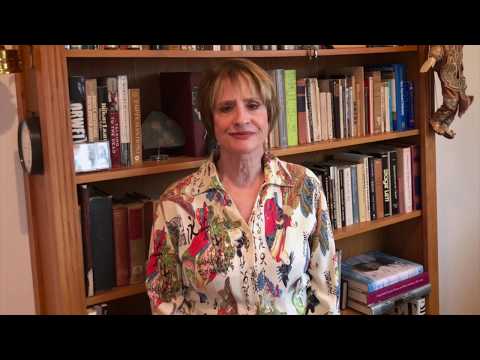 Patti LuPone Sings "Anyone Can Whistle," the Title Song from the Stephen Sondheim Musical by Broadway.com 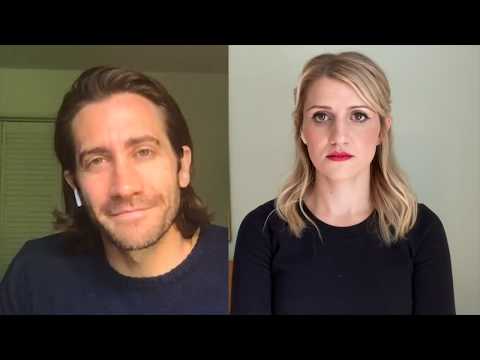 Jake Gyllenhaal and Annaleigh Ashford Sing "Move On" from SUNDAY IN THE PARK WITH GEORGE by Broadway.com 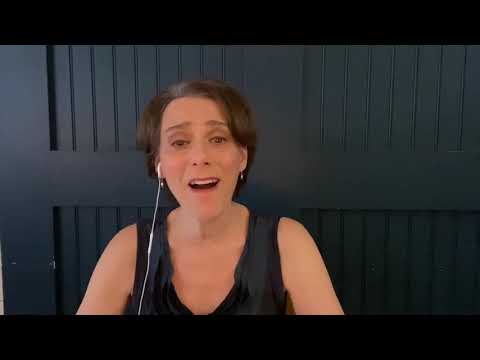 Judy Kuhn Sings "What Can You Lose?" from DICK TRACY Film (Music and Lyrics by Stephen Sondheim) by Broadway.com

We want to hear from you! We're starting #BwayWorldPrompts, where each day we'll be asking our readers on Facebook, Twitter, and Instagram questions to spark some theater conversation.

Linked From BroadwayWorld at 04:18PM

Linked From Dramatics Magazine at 09:38AM

BroadwaySF is working to reschedule several of its upcoming productions, including "My Fair Lady," "Spamilton," "Harry Potter" concerts, more.

The Friday 5 Quiz: Which Came First? by JK

No, this isn't a chicken or egg situation. But you might need to do a little research to figure out which one happened first in each pair. This week's Friday 5 Quiz might teach you a little …

J is for Julie Andrews. Watch her on Broadway! (including Victor/Victoria in its entirety) by New York Theater

“I began my career when I came to New York in a show called ‘The Boyfriend,’” Julie Andrews says. “‘My Fair Lady” and ‘Camelot’ followed. But then came films and a family, …

Linked From newyorktheater.me at 10:11AM

Listen to Your Favorite Movie Musicals on This Week's Elaine Paige on Sunday by Broadway.com

Olivier-winning actress Elaine Paige is giving Broadway.com listeners a chance to hear her BBC Radio 2 show, Elaine Paige on Sunday. This week, Paige is turning to Hollywood to showcase s…

Bushnell 2020-21 season to include ‘Hadestown,’ ‘Mean Girls,’ the return of ‘Hamilton’ and more by Christopher Arnott

The Bushnell has announced a 2020-2021 that features multi-week bookings of two blockbusters, "Hamilton" and "Wicked," plus the recent Broadway offerings "Hadestown," "Mean Girls," "Pretty W…

Linked From Hartford Courant at 07:30PM

Celebrate Tony Nominee Melissa Errico With a Look at Her Stage Highlights by Marc J. Franklin

The actor, known for her work in Amour, My Fair Lady, and more, celebrates her birthday March 23.

Linked From Playbill at 03:38PM

Laird Mackintosh's Favorite Thing About Touring My Fair Lady: Visiting a Museum in Every City by Ryan Gilbert

Laird Mackintosh has dazzled audiences on Broadway as both the Phantom and Monsieur André in The Phantom of the Opera. He has also appeared as John Utterson in Jekyll & Hyde and Geor…

Linked From Broadway.com at 09:36PM

Laird Mackintosh's His Favorite Thing About Touring My Fair Lady: Visiting a Museum in Every City by Ryan Gilbert

Laird Mackintosh has dazzled audiences on Broadway as both the Phantom and Monsieur André in The Phantom of the Opera. He has also appeared as John Utterson in Jekyll & Hyde and Geor…

Linked From Broadway.com at 09:42AM

Linked From Broadway.com at 03:12PM

Linked From BroadwayWorld at 01:31PM

Look Back in Anger by Mark Dundas Wood

This current New York City revival, directed by Aimée Fortier, shifts the focus largely away from Jimmy and onto Alison (Elizabeth Scopel). Critics have described this character as passive,…

Linked From www.theaterscene.net at 12:39PM

Casting is complete for the upcoming Encores! staging of Kurt Weill and Alan Jay Lerner's 1948 musical Love Life. Tony winner Victoria Clark will direct and JoAnn Hunter will choreograph the…

Linked From Broadway.com at 01:32PM

Nominations are here for the 36th Annual Helen Hayes Awards, honoring the best in Washington, D.C.-area theater. The 2020 Hayes Awards ceremony will be held at the Anthem on May 18. Among t…

Linked From Broadway.com at 02:06PM

On the North American tour of the acclaimed LCT revival, Ahmed and Grupper bring a new My Fair Lady to the masses.

Linked From Playbill at 10:00AM

I was rifling through some things the other day, and came across a flyer for Ghost: The Musical and saw this picture. It reminded me of that show's song "Rain" and how much I enjoyed Caissie…

Linked From www.jkstheatrescene.com at 02:32PM

Linked From showbizchicago.com at 05:12PM

Casting Complete for LCT’s Flying Over Sunset by Mark A. Robinson For Broadway Direct

Flying Over Sunset, the new musical set to open this spring courtesy of Lincoln Center Theatre, has announced complete casting for the production. Joining the already announced Carmen Cusack…

Linked From Broadway Direct at 03:46PM

Adapted from George Bernard Shaw’s play and Gabriel Pascal’s motion picture Pygmalion, Lerner & Lowe’s My Fair Lady, with a book and lyrics by Alan Jay Lerner and music by Frederic…

Linked From Broadway Direct at 12:17PM

Top 5 Shows of the Week by April Forrer

1. ‘My Fair Lady’ at Kennedy Center. “…is as close to perfection as a musical can be…” – Lynne Menefee. READ Review. Synopsis: My Fair Lady tells the story of Eliza Doolittle…

Linked From mdtheatreguide.com at 09:46PM

My Fair Lady To Play Chicago by Mark A. Robinson For Broadway Direct

“All I want is a room somewhere” is a lyric from the beloved Broadway musical My Fair Lady. The touring company of the Lincoln Center Theatre production of the Lerner and Loewe classic h…

Linked From Broadway Direct at 07:14PM

Three on the Aisle: Not Throwing Away Their Aughts by American Theatre Editors

The critics look back on a decade of change in the American theatre, and discuss 'Greater Clements,' 'Sing Street,' and the 'My Fair Lady' tour.

Linked From American Theatre at 10:40AM

Lincoln Center’s highly acclaimed 2018 revival of the classic musical, “My Fair Lady,” is kicking off its national tour at The Kennedy Center’s Opera House, providing a sparkling tre…

Linked From mdtheatreguide.com at 01:39PM

Stage and screen actor who was a West End stalwart, became a film star in the 1950s and then a TV sitcom favourite in the 70s and 80s Tony Britton dies aged 95 In a career spanning six decad…

Linked From The Guardian at 09:54AM

The character arc that carries Lerner and Loewe’s classic My Fair Lady belongs to Eliza Doolittle, as she rises from flower girl at Covent Garden to the belle of the embassy ball, from fer…

The actress blazes a trail in the national tour of “My Fair Lady” premiering at the Kennedy Center.