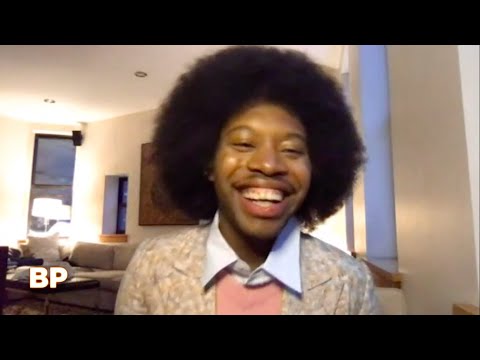 Which comes first, music or words? by Elizabeth Wheless

Linked From broadwaypodcastnetwork.com at 08:21AM

This Week in Broadway History: March 2 - 8 by JK

Linked From www.jkstheatrescene.com at 09:12AM

Linked From www.cabarethotspot.com at 05:06AM

The featured performers are Brandon A. McCall, TyNia Brandon, L. Steven Taylor, Mason Reeves, Nteliseng Nkhela, and Olivia Donalson. 'They Live in You' comes from the stage adaptation of '…

Linked From BroadwayWorld at 01:19PM

Hosted by Lee Lessack and Robert Bannon, The Broadway Cast Reunion Series was created due to the overwhelming success of their Broadway-themed episodes of their 10-month online series “Qua…

Linked From BroadwayWorld at 07:00PM

This Week in Broadway History: February 23 - March 2 by JK

Linked From www.jkstheatrescene.com at 07:24AM

Congratulations To Newlyweds Bradley Gibson And Adam Hyndman by Natalyn

Congratulations to Bradley Gibson (The Lion King, A Bronx Tale: The Musical) and Adam Hyndman (Hadestown, Once On This Island) on saying “I do.” The newlyweds both posted to their Instag…

Linked From www.broadwayblack.com at 01:13PM

In a continuing series for Black History Month, Adrienne Walker (The Lion King, Kiss Me, Kate) joins host Patrick Oliver Jones to share her experiences with the long-running Broadway musical…

Linked From BroadwayWorld at 05:12PM

Best wishes are in order for Broadway couple Adam Hyndman and Bradley Gibson. They were married in Las Vegas on February 1 and announced the news on Instagram.         Vie…

Linked From Theatre Reviews Limited at 11:42AM

Cody Renard Richard, one of the top stage managers in the industry, takes a bow while reflecting on his accomplishments in episode 38. After stage managing for shows like the Lion King, Hami…

Linked From broadwaypodcastnetwork.com at 12:00AM

In this new music video, produced by Joseph Church (The Lion King, Tommy) and with video created and directed by Church and Dan Pardo (Amazing Grace), the power of Harnick’s brilliant word…

It's Not Forever, It's Just For Now (However Long "For Now" May Be) by The Ensemblist

by Christina Sivrich “See you in two weeks.” Those were the last words I uttered before leaving Theater In the Wild on March 15th after doing the last performance of Finding Nemo - The M…

Linked From www.theensemblist.com at 03:04PM

Before it airs nationwide, we're offering a look at the newest episode of Broadway Profiles. Hosted by Emmy-winning anchor Tamsen Fadal and powered by Broadway.com, this installment will …

The Germany pride of The Lion King global family is celebrating 19 years with a virtual performance of the iconic opening number, 'The Circle of Life'.

Linked From BroadwayWorld at 05:34PM

Tim Rice: 'Evita was a bonkers idea' by Rob Walker

As the great songwriter prepares to take Jesus Christ Superstar on a 50th birthday tour, he talks about penning hits, his idea for a new musical – and drinking from Lloyd Webber’s Georgi…

Linked From The Guardian at 03:36AM

Linked From performerstuff.com at 10:28AM

Disney announced a slew of upcoming projects from Disney Animation, Pixar, Marvel Studios, Star Wars, National Geographic and Disney Plus for its annual Disney Investor Day. While over 50 mo…

It was announced today that a live-action prequel to Disney's The Lion King is currently in the works.

Linked From BroadwayWorld at 08:35PM

Linked From Playbill at 09:39AM

The Disney Holiday Singalong, a festive addition to the company's popular star-studded singalong specials, will air on November 30 on ABC. Hosted by Ryan Seacrest, the impressive talent r…

For the first time since Broadway’s shutdown, Disney Theatrical Production’s Broadway casts of “The Lion King” and “Aladdin,” and North American Touring companies of “Frozen”…

69 Years after her death, Fanny Brice has answered my call to bare it all on my podcast, Baring It All with Call Me Adam. Additionally, the “Go-To Fanny Girl," Kimberly Faye Greenberg has …

For the first time since Broadway’s shutdown, Disney Theatrical Production’s Broadway casts of The Lion King, Aladdin, and the North American touring company of Frozen will reunite for …

Singular Sensation by Michael Riedel picks up where Razzle Dazzle, his bestselling account of the battle for Broadway, drops off: when audiences craved more than the British mega-productions…

Linked From BroadwayWorld at 01:01PM

ABC has announced the lineup for “The Disney Holiday Singalong,” with Ryan Seacrest returning to host on Monday November 30 (8:00-9:00 p.m. EST).

Casts of Disney's Frozen, The Lion King, Aladdin Will Reunite on Broadway for ABC's The Disney Holiday Singalong by Andrew Gans

Linked From Playbill at 09:59AM

Linked From Broadway.com at 01:12PM

Contestant Haile Ferrier shares more about her charity, a fond memory of her last show before quarantine, and how moving it was to see The Lion King on Broadway!