See Carmen Cusack, Erika Henningsen and the Cast of New Musical FLYING OVER SUNSET Sing Out by Broadway.com

In Rehearsal for the 50th Anniversary JOSEPH Concert with Noah Galvin, Bonnie Milligan and More by Broadway.com

2020 Spring Musicals on Broadway by The Broadway League

Broadway.com Cover Story: Kyle Soller on THE INHERITANCE by Broadway.com

See Alexandra Socha and Douglas Sills Sing Out MACK AND MABEL Ahead of New York City Center Run by Broadway.com 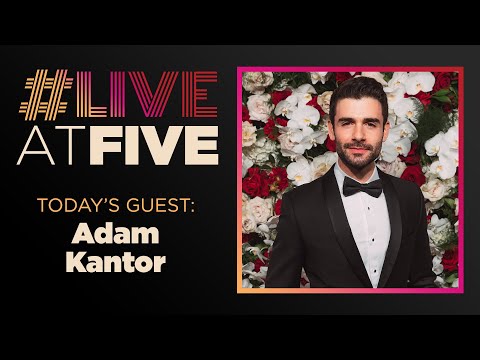 Broadway.com #LiveatFive with Adam Kantor of DARLING GRENADINE by Broadway.com 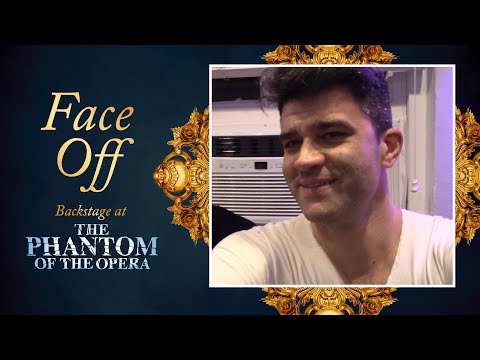 Episode 7: Face Off - Backstage at THE PHANTOM OF THE OPERA with Ben Crawford by Broadway.com 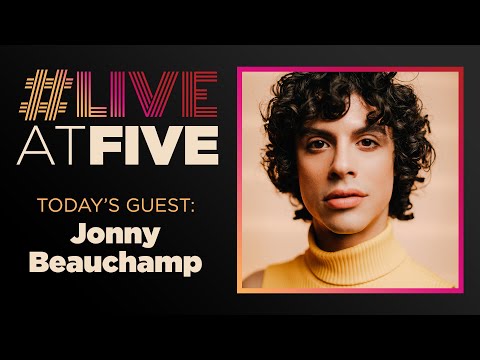 Broadway.com #LiveatFive with Jonny Beauchamp of KATY KEENE by Broadway.com 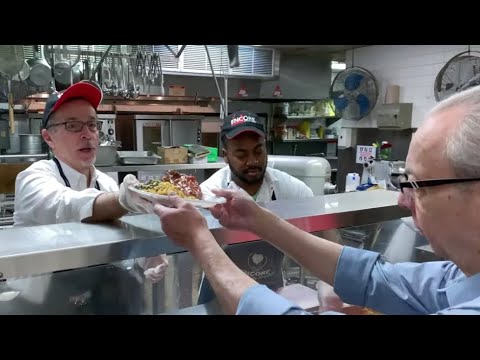 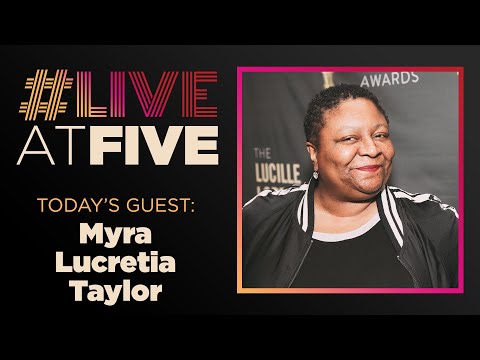 Broadway.com #LiveatFive with Myra Lucretia Taylor of TINA by Broadway.com 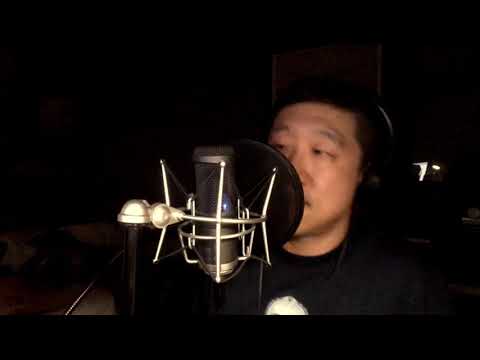 “Memories” by Maroon 5 by Raymondjlee 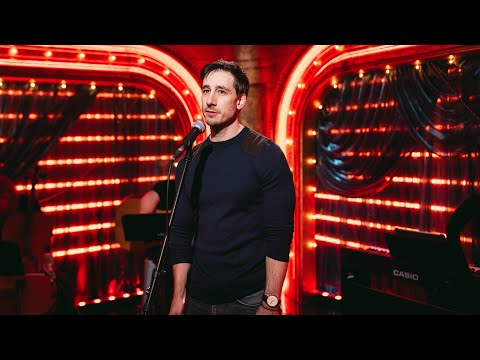 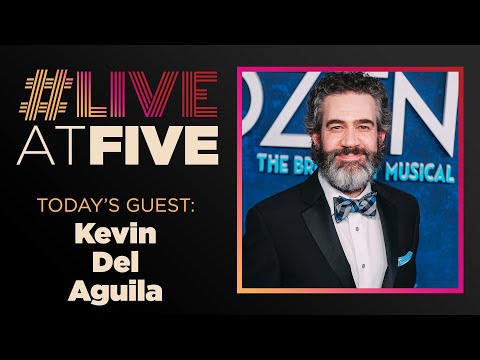 Broadway.com #LiveatFive with Kevin Del Aguila of FROZEN by Broadway.com 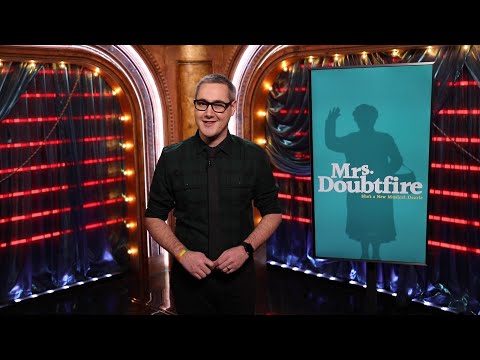 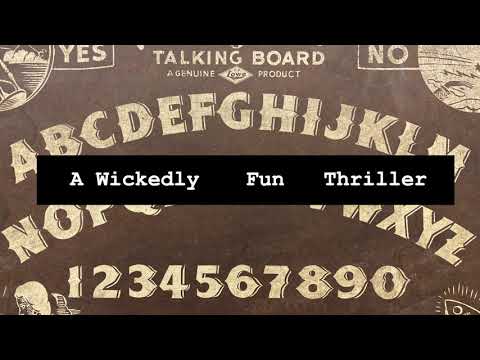 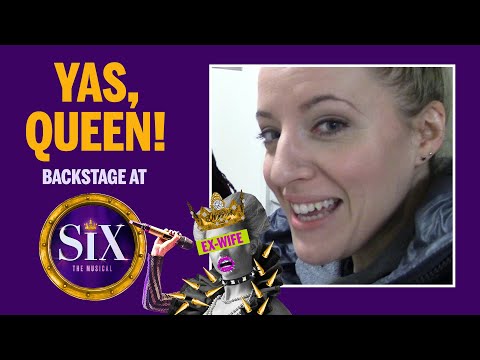 Backstage at SIX with Abby Mueller, Episode 2: Meet the Queens! by Broadway.com 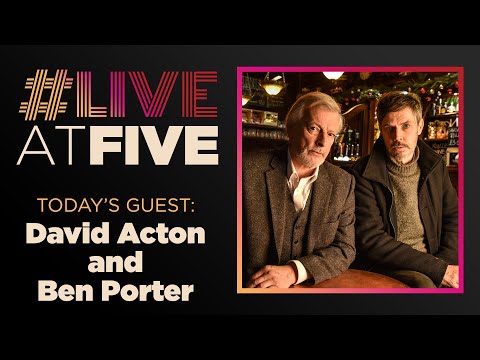 Broadway.com #LiveatFive with David Acton and Ben Porter of THE WOMAN IN BLACK by Broadway.com 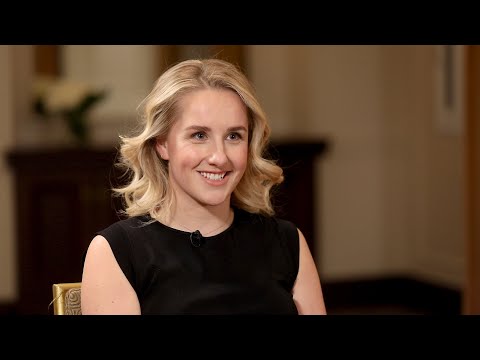 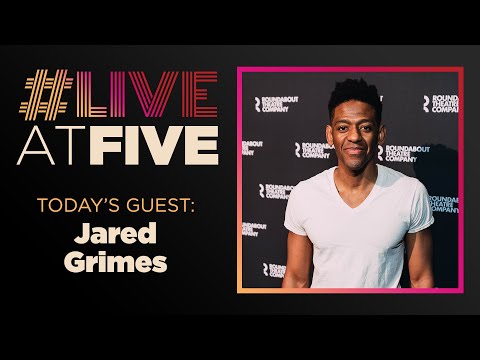 Broadway.com #LiveatFive with Jared Grimes of A SOLDIER'S PLAY. by Broadway.com

Peek inside private lives at Shopfront’s ArtsLab Behind Closed Doors, a Festival of New Work by Emerging Artists by Gabi Bergman

Shopfront Arts Co-op’s ArtsLab: Behind Closed Doors, is a festival of five new creative works from six emerging artists. This

Linked From AussieTheatre at 04:00PM

Linked From BroadwayWorld at 12:46PM

William Luce, Playwright Of ‘Belle Of Amherst’ And ‘Barrymore’, Dead At 88 by Artsjournal1

“Over a 40-year career, Luce … worked with the likes of Zoe Caldwell, George C. Scott and Claire Bloom as he wrote about the private lives of Charlotte Brontë, Lillian Hellman, Isak Din…

Linked From ArtsJournal at 10:06PM

Hard talk: Broadway gets tough on America in crisis by Michael Billington

In an era of uncertainty and anxiety, New York theatre is shunning its obsession with private lives to throw a powerful spotlight on politics It used to be argued that British drama is drive…

Linked From The Guardian at 06:24AM

King’s theatre; Church Hill theatre; the Studio, EdinburghEmotion is pared to the bone in Robert Icke’s thrilling new real-time adaptation of Sophocles. Plus, folk tales that leap off th…

Linked From The Guardian at 08:48AM

Email Used To Be Amazing by Artsjournal2

Then it became a “productivity tool” for work, and “regular folks don’t want to organize their private lives as if they were office jobs.” But it’s not too late to save the techn…

Linked From ArtsJournal at 02:06PM

Park theatre, London Christopher Durang’s breezy sextet of plays takes the cast from pique to panic as he explores the insecurities of performing life To complement its main-house product…

Linked From The Guardian at 11:24AM

Linked From britishtheatre.com at 09:57AM

Of all Noel Coward’s plays, Private Lives is the one that epitomises his distinctive theatrical language. The wit is as dry as

Linked From The Stage Registration at 12:04PM

Tam Williams’ production of Private Lives at the Mill at Sonning is clean and crisp, nicely framed with a lady accordoniste setting the location, and after a slowish start the piece moves …

Linked From Toronto Star at 02:00PM

Linked From The Guardian at 12:03PM

From the Archives: Joan Collins Made Her Broadway Debut in Noel Coward's Private Lives by William Wolf

In honor of Collins' birthday May 23, Playbill looks back at her interview from the February 1992 issue.

Linked From Playbill at 04:01PM

Filthy Rich, a new drama starring Broadway alums Corey Cott and Kim Cattrall, has been picked up as a series from Fox, according to Variety. The one-hour "southern Gothic family drama" is wr…

Laura Linney is returning to Broadway next season in Elizabeth Strout’s “My Name is Lucy Barton.” The play will run at the Manhattan Theatre Club’s Samuel J. Friedman Theatre beginni…

Linked From Broadway.News Subscription at 02:00PM

Laurie Metcalf, John Lithgow and More on Surprising Audiences with Hillary and Clinton on Opening Night by Broadway.com

John Lithgow, Laurie Metcalf, scribe Lucas Hnath and more talk about Hillary and Clinton's timely arrival and shining the light on the private lives of characters we know on opening night.

Linked From Broadway.com at 04:00PM

Not exactly Billary by Terry Teachout

Linked From ArtsJournal at 07:03AM

Hillary and Clinton: Peering Inside the Private Lives of a Power Couple by Michael Sommers

Linked From nystagereview.com at 07:20PM

A three and half hour play with only three actors spanning 163 years might not be your idea of entertainment, but the National Theatre’s production of "The Lehman Trilogy" is one of the mo…

Linked From www.theaterscene.net at 11:27PM

The Games That Are Played In Cultural Facilities by Joe Patti

Hate the fact that your city will provide millions to fund an arena that only gets used 20 times a year but not arts organizations that each host hundreds of events a year? Concerned that th…

Linked From insidethearts.com at 10:30PM

NOT AT ALL FLAT, SUFFOLK…         Exuberantly funny,  elegant as a Deauville  hotel balcony and  sharp as the crack of a 78rpm record over a lover’s head,  Joanna Carrick’s wit…

Linked From theatrecat.com at 10:39AM

Linked From Broadway.com at 03:38PM

Linked From American Theatre at 12:36PM

Tony Nominee Katherine Helmond, Emmy-Nominated Star of Soap & Who's the Boss?, Dies at 89 by Andy Lefkowitz

Katherine Helmond, the fiery comedic actress whose start on Broadway led to a slew of memorable small-screen roles, died on February 23 at home in Los Angeles. The cause of death, according …

Linked From Broadway.com at 02:06PM

“Through more than thirty years of writing and behavior, Simon has shown us how easy it is to be a snake.” So ends an attack on me of a good many years ago on Salon by Charles Taylor, sh…

Linked From The Guardian at 08:06PM

Review: ‘All Save One’ at the Washington Stage Guild by David Siegel

It was another time. It was a time of high anxiety. Even private lives were far from private in the treacherous, early 1950’s with the likes of Senator Joseph McCarthy and columnist Hedda …

Stories | About the play by National Theatre

People You Should Know . . . Don Stephenson by Zack Calhoon

Linked From Visible Soul at 10:32AM

Carole Dance will replace Fiz Marcus for the role of Doris Partington in the UK tour of Charlotte Keatley’s “My Mother Said I Never Should.” London Classic Theatre has recently an…