The Broadway Show: Uzo Aduba on Returning to Her Stage Roots in CLYDE'S by Broadway.com

Uzo Aduba talks about returning to Broadway for the first time in 10 years in the title role of Lynn Nottage's CLYDE'S.

The Tony Awards and Carnegie Mellon University (CMU) today announced the Excellence in Theatre Education Award will return to the Tony Awards next year. The national call for submissions opens November 8, 2021, at TonyAwards.…

The Broadway Show with Tamsen Fadal: 11/6/21 by Broadway.com

Be on the lookout for The Broadway Show with Tamsen Fadal, the only nationally syndicated weekly theater news program, on your local TV station. Featured this week: - Broadway.com Editor-in-Chief Paul Wontorek sits down with…

The Broadway Show: Kimber Elayne Sprawl on GIRL FROM THE NORTH COUNTRY's Return by Broadway.com

Kimber Elayne Sprawl discusses returning to GIRL FROM THE NORTH COUNTRY, which opened just days before COVID-19 shut down Broadway in 2020. 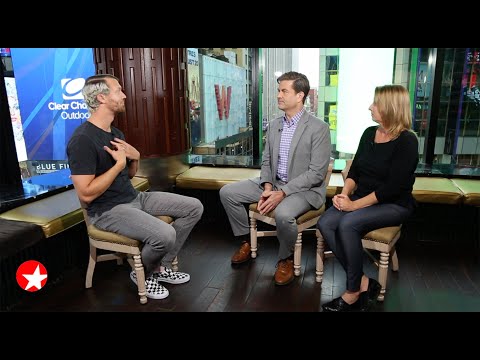 The Broadway Show: TO KILL A MOCKINGBIRD’s Russell Harvard on Recovery, Representation & More by Broadway.com

Russell Harvard talks breaking barriers in TO KILL A MOCKINGBIRD, his decision to go to rehab and his ROCKY HORROR dreams. 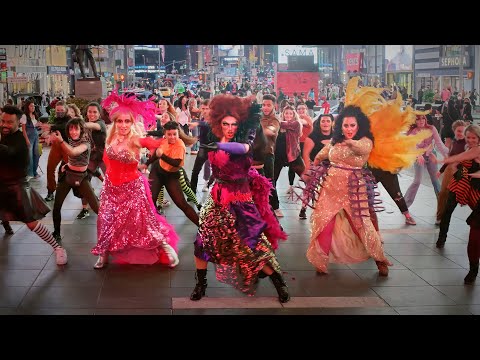 The bewitchingly cinematic extravaganza I Put a Spell on You, the annual over-the-top homage to the cult classic film Hocus Pocus, supported Broadway Cares/Equity Fights AIDS over the 2021 Halloween weekend. Shifting from an… 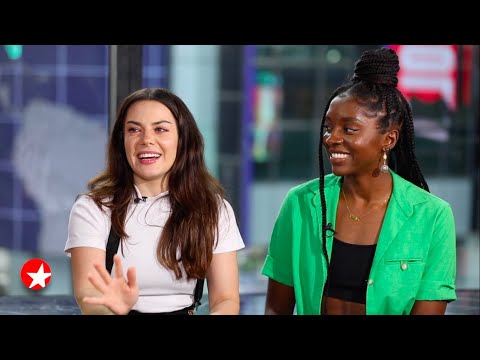 The Broadway Show: THE PHANTOM OF THE OPERA's Emilie Kouatchou & Meghan Picerno on "Team Christine" by Broadway.com

Meghan Picerno and Emilie Kouatchou talk about sharing the iconic role of Christine Daaé in THE PHANTOM OF THE OPERA on Broadway. 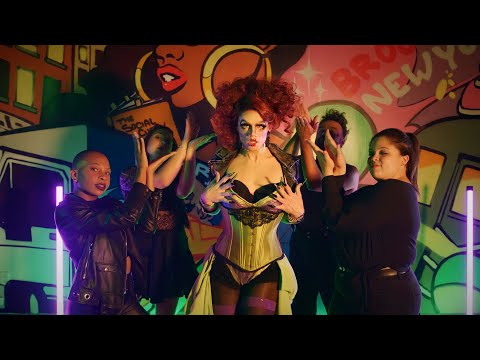 I Put A Spell On You: The Sanderson Variant - Behind The Scenes by Broadway Cares/Equity Fights AIDS

A bewitchingly cinematic extravaganza awaits when I Put a Spell on You, the annual sold-out Halloween concert-meets-party, streams online beginning at 8 pm Eastern on Thursday, October 28. Building on last year’s successfu…

Tony winner Michael McGrath has joined the cast of the world premiere of the Britney Spears musical Once Upon a One More Time. McGrath takes over the role of Narrator from the previously ann…

By ALAN SMASON, WYES-TV Theatre Critic (“Steppin’ Out“) There is an obvious conversation addressed early in Tootsie, the David Yazbek musical that won Santino Fontana a Leading Actor i…

Highly Recommended After more than eighteen months of a pandemic induced shutdown, theatres throughout the [...]

PHOTO/VIDEO: Get A First Look At TOOTSIE On Tour

Get a first look at the non-equity national tour of Tootsie in all new photos and videos! The cast includes Drew Becker as Michael Dorsey, Ashley Alexandra as Julie Nichols, Payton Reilly …

SOURCE: BroadwayWorld at 11:54AM

Review Roundup: TOOTSIE National Tour Kicks Off This Month; What Are The Critics Saying?

The National Tour of Tootsie kicked off at Shea's Performing Arts Center in Buffalo, NY earlier this month, starring Drew Becker. Read all of the reviews so far here!

The tour of the Tony-nominated musical kicks off in Buffalo, New York.

Julie is an inspirational talent both on and off the stage. Her unwavering commitment to our Broadway community and to the Pulmonary Fibrosis community is unparalleled. Her commitment has r…

Cast Complete for National Tour of Tootsie by Andrew Gans

The tour of the Tony-nominated musical launches in October in Buffalo, New York.

Casting has been revealed for the upcoming National Tour of the musical comedy Tootsie, including Drew Becker as Michael Dorsey, Ashley Alexandra as Julie Nichols. The cast also includes Pay…

Julie Halston Joins Sex and the City Sequel And Just Like That... by Lindsey Sullivan

Fresh off of the news that she will receive the 2020 Isabelle Stevenson Tony Award, Julie Halston has been announced as part of the cast for And Just Like That..., the Sex and the City sequ…

The Broadway favorite will make her solo New York cabaret debut later this month at Feinstein's/54 Below.

A witch, a squirrel, and soon a mom, this actress opens up about climbing the ranks since she was a

Fairycakes, a new play by five time Tony Award-nominee Douglas Carter Beane, will have its world premiere at off-Broadway's Greenwich House Theater this fall. The comedy, directed by Beane, …

Paul Huntley, the beloved Tony-winning wig designer, died on July 9 in his London home after suffering a short illness. He was 89. Born in London on July 2, 1933, Huntley had over 100 Broad…

Paul Huntley, the celebrated wigmaker for film, stage and television who provided Dustin Hoffman with the coif that transformed the actor into Tootsie and did the same decades later for when…

Ambassador of Love: Celebrating Pearl Bailey Goodspeed by the River June 22 - July 18 Spend a joyful evening with Broadway and Goodspeed favorite, Rashidra Scott, as she celebrates the one …

Ambassador of Love: Celebrating Pearl Bailey Goodspeed by the River June 22 - July 18 Spend a joyful evening with Broadway and Goodspeed favorite, Rashidra Scott, as she celebrates the one …

Broadway at The National (Washington, DC) will present an eight-show 2021/2022 season this fall when the celebrated subscription series returns to D.C.’s National Theatre – the nation’…

A collection of Broadway and Television’s biggest stars have come together to sing this Rodgers and Hammerstein classic. The cast includes (in order of appearance): Lesli Margherita (Matil…

Binder Casting (New York, NY) has announced an open call for submissions for the first national touring production of Tootsie. The tour currently is scheduled to perform in over twenty venue…

SOURCE: Theater Pizzazz at 08:30AM

The Straz Center for the Performing Arts (Tampa, FL) has announced the 2021-2022 Bank of America Broadway at The Straz season, sponsored in part by the Tampa Bay Times. The slate includes To…

Victor/Victoria: The Better Drag Comedy of 1982?

You may be surprised at how well it holds up these days, compared with the more widely celebrated Tootsie.

Santino Fontana | "Do I Love You Because You're Beautiful?" | R&H Goes Pop! (Official Audio) by Rodgers & Hammerstein