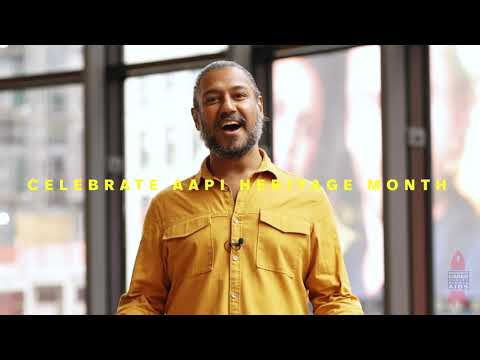 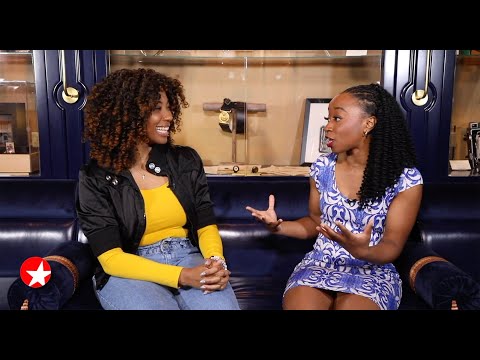 The Broadway Show: SIX’s Adrianna Hicks Talks Joining the SOME LIKE IT HOT Musical by Broadway.com

Adrianna Hicks chats with Charlie Cooper about joining the upcoming SOME LIKE IT HOT Broadway musical, stepping into Marilyn Monroe’s shoes and what she’s taking from her time in SIX. 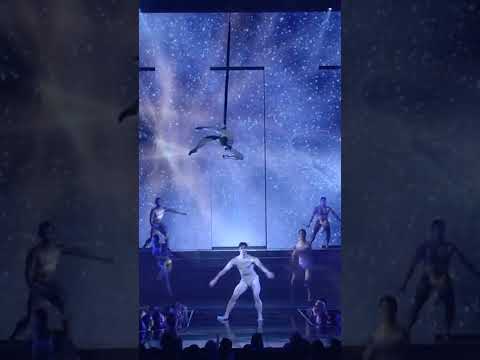 #BroadwayBares is celebrating 30 years of strip-teasing, crowd-pleasing fun.💃 For this year's Broadway Bares, we’re throwing it back to themes of the past with rousing new twists. We’re sure you will know our name afte… 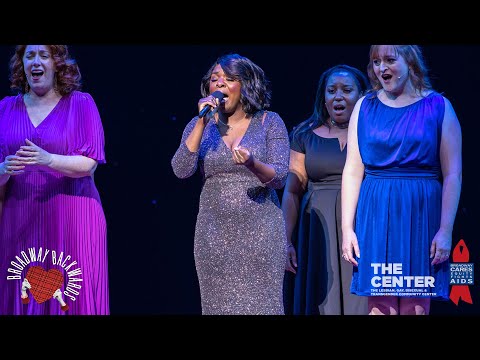 We were crowded with love thanks to Joaquina Kalukango and Broadway Inspirational Voices' rapturous, couldn't-be-missed performance of "Being Alive." The #BroadwayBackwards finale was a powerful ode to LGBTQ+ lives everywhere… 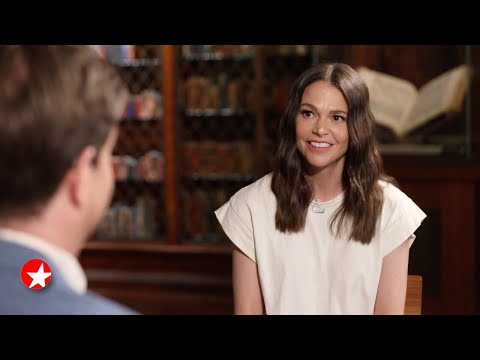 The Broadway Show: THE MUSIC MAN's Sutton Foster on Finding a Friend in Hugh Jackman & More by Broadway.com

THE MUSIC MAN Tony nominee Sutton Foster sits down with Broadway.com Editor-in-Chief Paul Wontorek at New York City's historic Morgan Library and Museum to look back on her career and talk about making Marian Paroo her own. 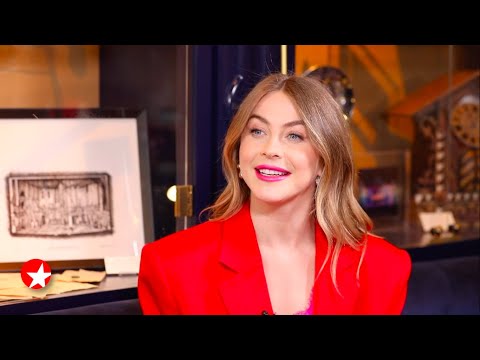 Julianne Hough sat down with Broadway.com Editor-in-Chief Paul Wontorek to talk about making her Broadway debut in POTUS and teaming up with Darren Criss for the 75th Tony Awards. 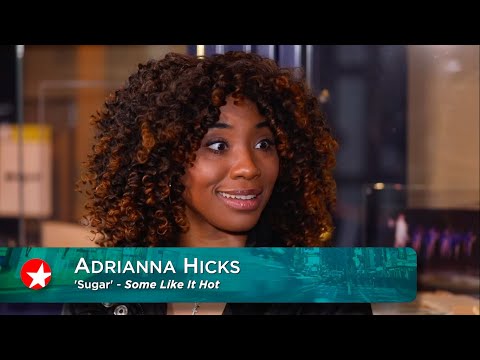 The Broadway Show with Tamsen Fadal: 05/21/22 by Broadway.com

Be on the lookout for The Broadway Show with Tamsen Fadal, the only nationally syndicated weekly theater news program, on your local TV station. Featured this week: - Madam librarian! THE MUSIC MAN Tony nominee Sutton Foste…

The Broadway Show: Michael R. Jackson Talks the 20-Year Journey of A STRANGE LOOP by Broadway.com

Audiences are loving Ride the Cyclone by McCarter Theatre Center

COMPANY Tony nominee Matt Doyle joins Broadway.com Editor-in-Chief Paul Wontorek in the heart of New York City for a walk through his resume, reminiscing in front of the theaters that were home to shows like SPRING AWAKENING,…

Fresh Face: Noah Reid of THE MINUTES by Broadway.com

SCHITT’S CREEK star Noah Reid talks about making his Broadway debut in THE MINUTES, being “terrified” of musicals and more.

The Broadway Show: Camille A. Brown on Finding Her Place in the Legacy of FOR COLORED GIRLS by Broadway.com

Camille A. Brown speaks with Broadway.com correspondent Charlie Cooper about her role in the legacy of Ntozake Shange's powerful choreopoem FOR COLORED GIRLS WHO HAVE CONSIDERED SUICIDE/WHEN THE RAINBOW IS ENUF.

The Broadway Show with Tamsen Fadal: 05/14/22 by Broadway.com

Be on the lookout for The Broadway Show with Tamsen Fadal, the only nationally syndicated weekly theater news program, on your local TV station. Featured this week: - Broadway’s biggest night is fast-approaching! THE BROA…

Critics are loving Ride the Cyclone by McCarter Theatre Center

Stage and screen favorite Beanie Feldstein chats with Charlie Cooper about stepping into the big shoes of Fanny Brice, the power of playing unapologetic women and more.

Fresh Face: Samantha Pauly of SIX: THE MUSICAL by Broadway.com

Fan-favorite illustrator Justin "Squigs" Robertson talks to Broadway.com editor-in-chief Paul Wontorek about creating his popular The Lights Of Broadway show cards and more. Plus, he unveils a special card for The Broadway Sh…

The Broadway Show with Tamsen Fadal: 05/07/22 by Broadway.com

Be on the lookout for The Broadway Show with Tamsen Fadal, the only nationally syndicated weekly theater news program, on your local TV station. Featured this week: - Red carpet roundup! The Broadway Show is on the scene fo…

Yes, "The Simpsons" even predicted its own future parentage.

A pop songwriter made “Waitress” sing, and helped cement its place in Broadway history. It closes 2017 in Denver. by Special To The Denver Post, The Know

Songwriter Sara Bareilles talks about her circuitous route to the stage, and the happy accident that resulted in "Waitress" making Broadway musical history.

Disney buying large part of 21st Century Fox in $52.4B deal by The Associated Press

Disney is buying a large part of the Murdoch family's 21st Century Fox in a $52.4 billion deal, including film and television studios, cable and international TV businesses as it tries to me…

Daniel Langhoff, who died of colon cancer on Nov. 12 at the age of 42, originated his role in the Boulder Ensemble Theatre Company's 2016 production of the holiday mash-up "Every Christmas S…

From high art to Disney-esque, menorahs of all kinds light the way during Hanukkah by Colleen Smith

Menorahs come in all sizes and shapes, and are made of a variety of materials and range in tone from somber to silly.

Kennedy: In a sea of Denver holiday shows, we still circle back to the classic “A Christmas Carol” by Lisa Kennedy, The Know

Whether you wish to be be happily haunted  or cheekily taunted or some quite other state --  there's likely a show for that.

Theater review: Set in Vail, The Edge’s New Year’s comedy “Resolutions” is a hilarious ride by Joanne Ostrow, The Know

The U.K.'s Cineworld Group agreed to buy U.S. theater operator Regal Entertainment Group for about $3.6 billion to expand into the biggest movie market.

Biden tells Denver crowd there’s reason for optimism, but offers little in the way of a White House bid by David Migoya

Former Vice President Joe Biden used a 90-minute stopover Saturday night at the Paramount Theater in Denver to say there was cause to be upbeat, but he wasn't hinting at a possible run for t…

The Andrew Lloyd Webber war horse "Joseph and the Amazing Technicolor Dreamcoat," a family-friendly musical with a nod to camp, gets a rousing revisit at the Arvada Center through Dec. 23. N…

The one-woman play explores the life of Denver's own Hattie McDaniel, the first African American to win an Oscar.

Russell Simmons steps down from companies amid allegation by Mark Kennedy, The Know

Russell Simmons has stepped away from his companies following a second allegation of sexual misconduct, though the Def Jam founder again denied ever being violent.

Wonderbound’s “Snow” is not your children’s “Nutcracker” — and that’s just great by Mark Jaffe, The Know

While sugar plum fairies pirouette all over the place elsewhere, the contemporary ballet company  Wonderbound will explore magic, betrayal, love and death set to the folk-rooted music o…

In film “Voyeur,” we watch a story about watching unravel by Mark Kennedy

A pair of filmmakers thought they'd be capturing celebrated writer Gay Talese taking a literary victory lap in their new documentary. Instead, they got something more like a journalistic car…

In a new sexual misconduct scandal that could shake the economics of Hollywood in unprecedented ways, Disney said Tuesday that animation chief John Lasseter would be taking a six-month leave…

“Titanic” is returning to Denver theaters for one week by Dylan Owens, The Know

To mark the film's 20-year anniversary, Paramount Pictures is releasing a remastered version of the film in theaters around the country.

This is a fine production, pleasing for audiences seeking ultra-light comedy that steers clear of anything challenging.

Theater review: On its 20th anniversary, “Rent” returns to Denver as relevant than ever by Joanne Ostrow, The Know

Not only does the epic rock musical hold up, it's also still surprisingly relevant.

How a slow-going musical could save the old soul of Broadway, scene of “Frozen” and “Mean Girls” by The Washington Post

Halfway through the new Broadway musical "The Band's Visit," a restaurateur in a remote Israeli town sings an aching ballad.

Did he bar a publication from reviewing shows? How does Denver's theater scene stack up? We put the DCPA's new artistic director in the hot seat.

Because Giacomo Puccini wrote very little besides operatic works, his mastery of orchestration is often overlooked, yet his great gift for recognizing exactly which tone colors are best to i…

Last summer, Lin-Manuel Miranda took his final Broadway bow as the title character in "Hamilton." But it turns out it wasn't his last performance. Miranda will reprise the role - in Puerto R…

You have a new place to buy your sneakers … at a bar. Sneekeazy now kicking it on Broadway in Denver. by Adrian Crawford, The Know

In $121M debut, “Thor: Ragnarok” and Disney flex their might by Jake Coyle

"Thor: Ragnarok" thundered to one of the year's best box-office debuts with an estimated $121 million domestically, proving again (just as its flexing its muscle) the might of the Walt Disne…

It’s almost time for “The Nutcracker.” Here’s where to get your ballet on along the Front Range in 2017. by Mark Jaffe, The Know

From mid-November through December, six Denver-area productions of "The Nutcracker" will be putting more than 400 children on the boards.

DCPA, zoo and museums build support for Denver bond package — and chip in big campaign cash, too by Jon Murray

Theater review: Buntport’s “Edgar Allan Poe is Dead and So Is My Cat” by Lisa Kennedy, The Know

There's high-brow, middle-brow and low. And then there's the often arched-brow shenanigans of Buntport.

Girl from the North Country`

POTUS: Or, Behind Every Great Dumbass are Seven Women Trying to Keep Him Alive

The Skin Of Our Teeth