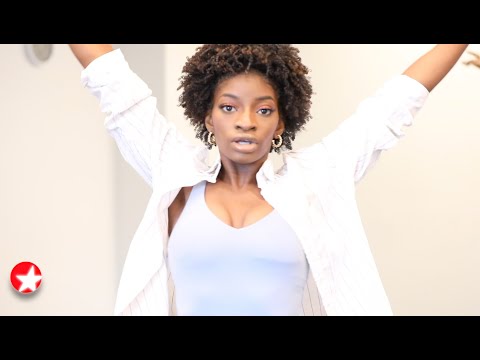 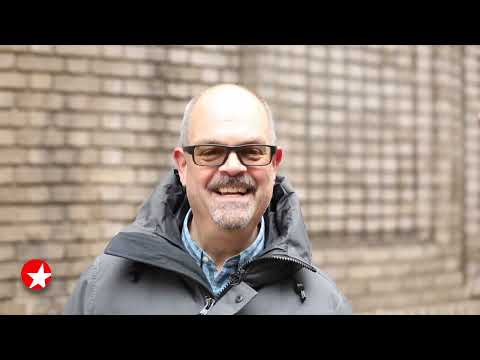 The Broadway Show: Brad Oscar Revisits His Performances in SOMETHING ROTTEN! & More by Broadway.com

Broadway favorite Brad Oscar joins Broadway.com Editor-in-Chief Paul Wontorek for a stroll in the heart of New York's Theatre District for a walk through his resume and revisits past performances in shows like SOMETHING ROTTE… 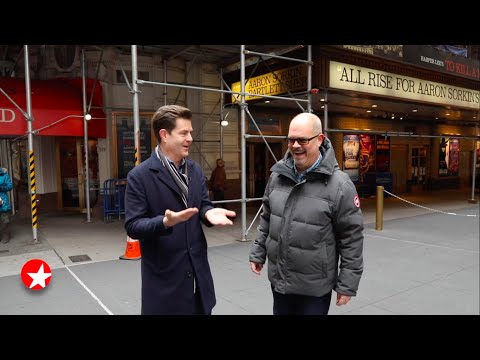 The Broadway Show with Tamsen Fadal: 01/15/22 by Broadway.com

Be on the lookout for The Broadway Show with Tamsen Fadal, the only nationally syndicated weekly theater news program, on your local TV station. Featured this week: - Watch THE MUSIC MAN star Hugh Jackman pay tribute to Bro… 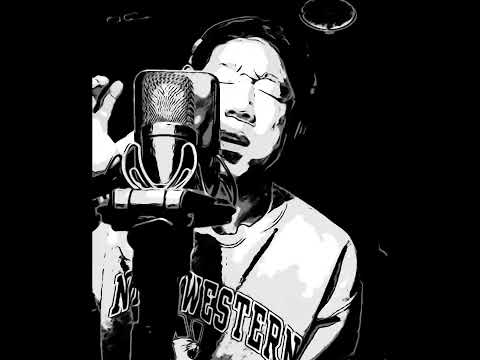 “Easy On Me” COVER by Raymond J. Lee

“Easy On Me” originally performed by Adele 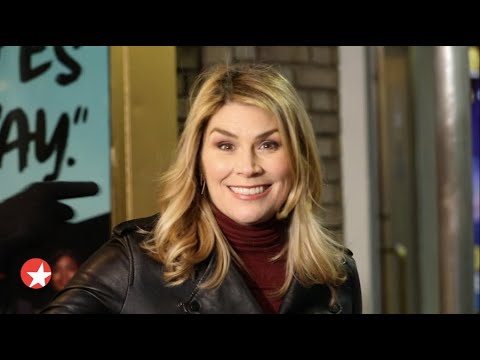 The Broadway Show: Heidi Blickenstaff Revisits Her Performances in SOMETHING ROTTEN! & More by Broadway.com

Broadway favorite Heidi Blickenstaff joins Broadway.com Editor-in-Chief Paul Wontorek for a stroll in the heart of New York's Theatre District for a walk through her resume and revisits past performances in shows like SOMETHI… 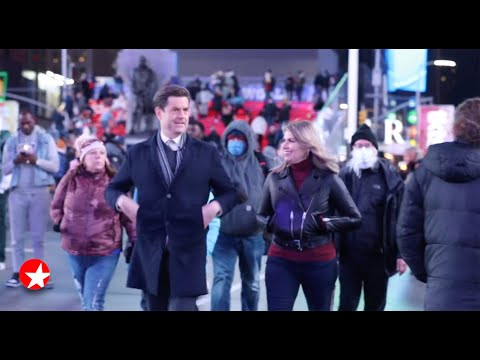 The Broadway Show with Tamsen Fadal: 01/08/22 by Broadway.com

Be on the lookout for The Broadway Show with Tamsen Fadal, the only nationally syndicated weekly theater news program, on your local TV station. Featured this week: - Broadway.com Editor-in-Chief Paul Wontorek takes a walk … 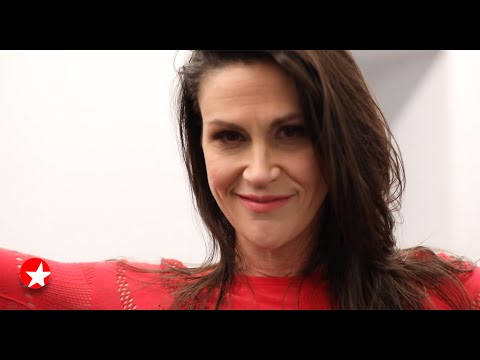 MRS. DOUBTFIRE's Aléna Watters reflects on her Broadway journey, her strange debut and more in a new Gotta Dance! 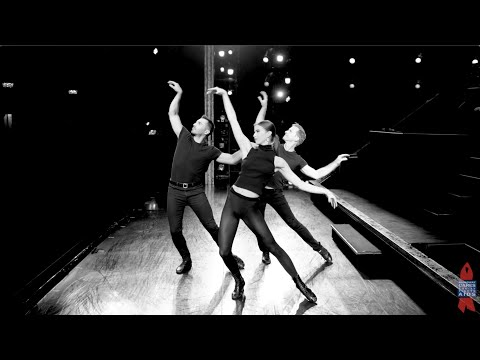 The foundation created by legendary lyricist Fred Ebb awarded $2.6 million to Broadway Cares/Equity Fights AIDS as 2021 ended, topping the foundation’s previous record donation in 2020 and cementing its place as the largest… 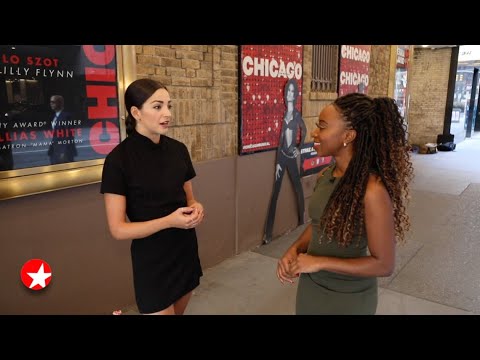 The Broadway Show with Tamsen Fadal: 01/01/22 by Broadway.com

Be on the lookout for The Broadway Show with Tamsen Fadal, the only nationally syndicated weekly theater news program, on your local TV station. Featured this week: - Talk about a Broadway treat with a capital “T”! Watc… 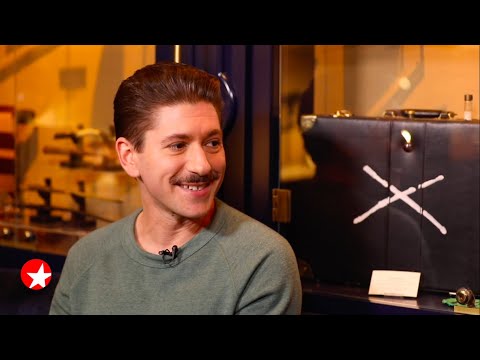 The Broadway Show: Michael Zegen on TROUBLE IN MIND and THE MARVELOUS MRS. MAISEL by Broadway.com

Michael Zegen chats about returning to the stage in TROUBLE IN MIND and season four of THE MARVELOUS MRS. MAISEL with Broadway.com Editor-in-Chief Paul Wontorek. 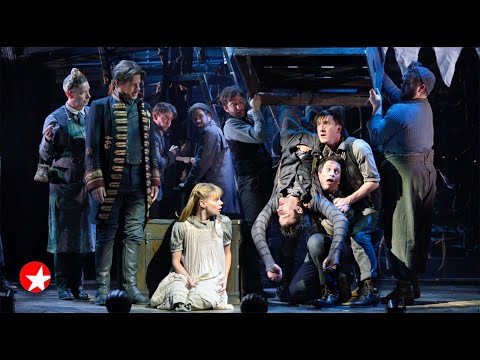 The Broadway Show: Celia Keenan-Bolger Reminisces on LES MIZ, PETER AND THE STARCATCHER & More by Broadway.com

Tony winner and current TO KILL A MOCKINGBIRD star Celia Keenan-Bolger joins Broadway.com Editor-in-Chief Paul Wontorek for a stroll in the heart of New York’s Theatre District for a walk through her resume and revisits pas… 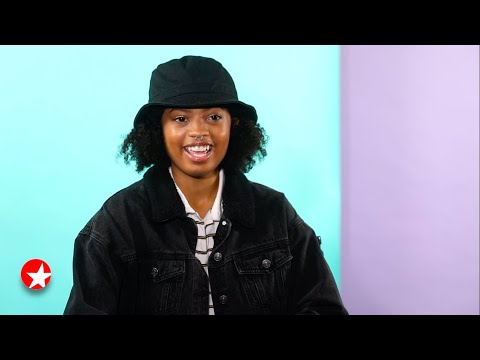 Get to know Morgan Dudley, who played Frankie Healy in JAGGED LITTLE PILL on Broadway earlier this year. 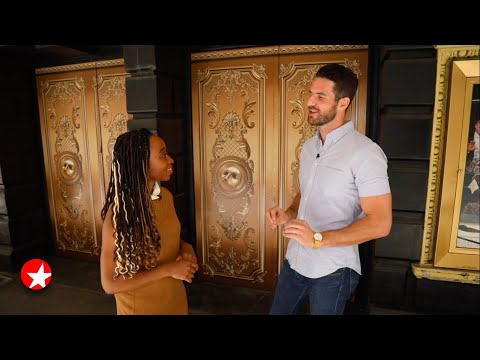 The Broadway Show with Tamsen Fadal: 12/25/21 by Broadway.com

Be on the lookout for The Broadway Show with Tamsen Fadal, the only nationally syndicated weekly theater news program, on your local TV station. Featured this week: - Broadway.com Editor-in-Chief Paul Wontorek meets with TR… 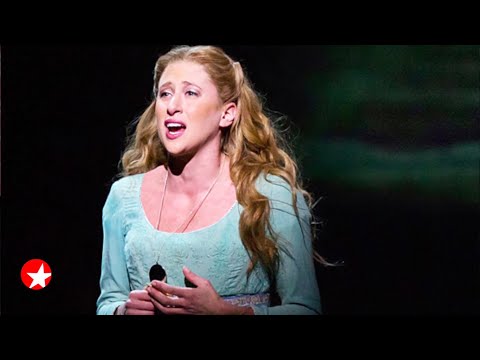 Broadway favorite Caissie Levy joins Broadway.com Editor-in-Chief Paul Wontorek for a stroll in the heart of New York's Theatre District for a walk through her resume and revisits past performances in shows like HAIR, WICKED,… 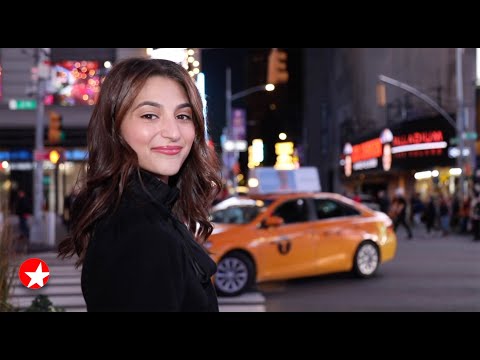 Get to know Analise Scarpaci, who is playing Lydia Hillard in MRS. DOUBTFIRE on Broadway 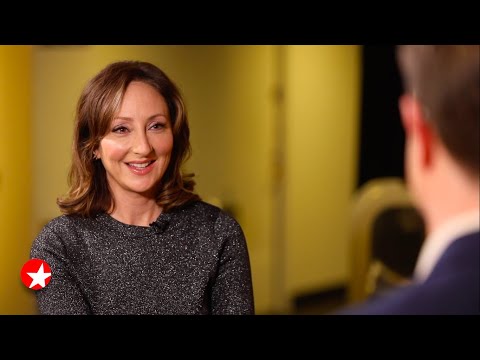 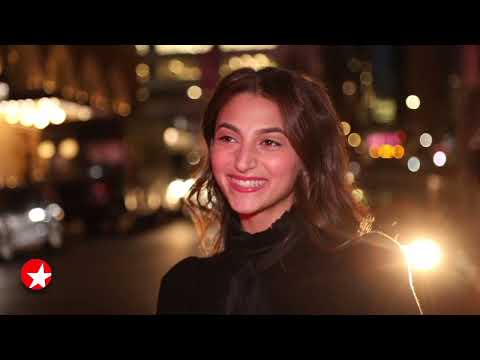 The Broadway Show with Tamsen Fadal: 12/18/21 by Broadway.com

Be on the lookout for The Broadway Show with Tamsen Fadal, the only nationally syndicated weekly theater news program, on your local TV station. Featured this week: - Broadway.com Editor-in-Chief Paul Wontorek meets with FL… 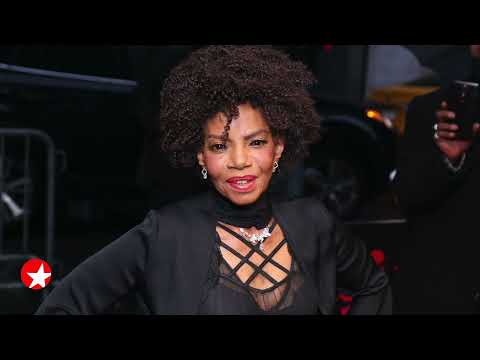 Tony winner Melba Moore sits down with Broadway.com Editor-in-Chief Paul Wontorek at Cafe Fiorello for a chat about her career. 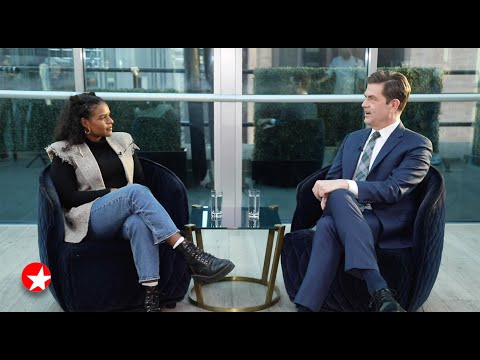 The Broadway Show: CAROLINE, OR CHANGE’s Samantha Williams on Playing the Tony-Winning Role of Emmie by Broadway.com

Broadway.com Editor-in-Chief Paul Wontorek talks to CAROLINE, OR CHANGE star Samantha Williams about her full-circle life moment, what she learned from her time away from the character and more. 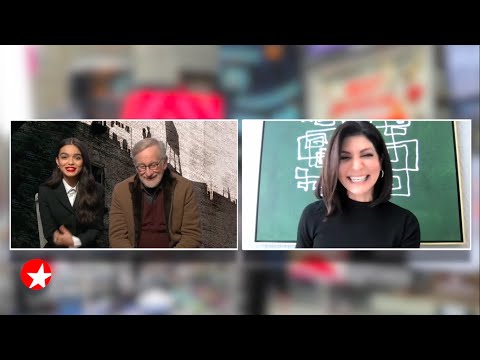 WEST SIDE STORY star Rachel Zegler and director Steven Spielberg sit down with host Tamsen Fadal to talk about the eagerly anticipated film remake and theater's impact on their lives and creative process. 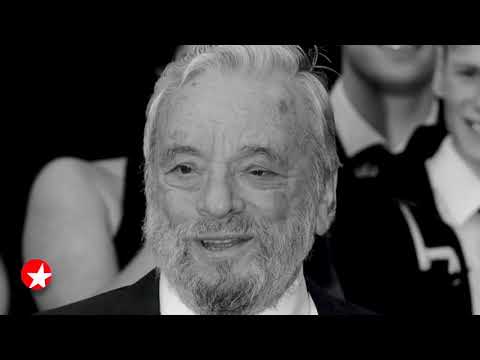 The Broadway Show with Tamsen Fadal: 12/11/21 by Broadway.com

- Be on the lookout for THE BROADWAY SHOW WITH TAMSEN FADAL, the only nationally syndicated weekly theater news program, on your local TV station. Featured this week: - Host Tamsen Fadal chats with three-time Oscar winning… 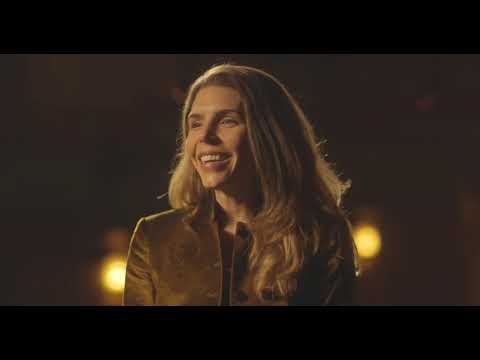 To our McCarter Community: A message from Sarah Rasmussen by McCarter Theatre Center 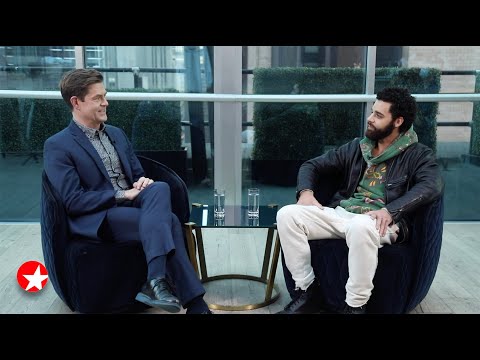 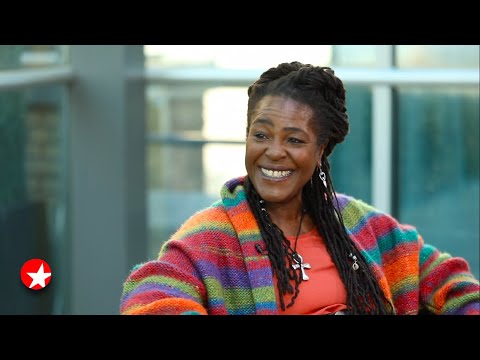 The Broadway Show: Sharon D Clarke on Making Her Powerhouse Broadway Debut in CAROLINE, OR CHANGE by Broadway.com

Broadway.com Editor-in-Chief Paul Wontorek sits down with CAROLINE, OR CHANGE star Sharon D Clarke to talk about celebrating her Broadway debut and returning to the powerhouse title role.

Gurney, who chronicled the vanishing New England WASP establishment in more than 40 plays, including "The Dining Room" and "The Cocktail Hour," died Tuesday at his home in Manhattan.

Last year around this time, I asked director George C. Wolfe to comment on the remarkable racial and ethnic diversity of the past season. His answer -- "Each season has its own magical arbit…

THE END OF LONGING (in previews, opens June 5) Who knew? Matthew Perry -- that's right, friend, Chandler -- writes plays. He also co-stars in the New York premiere of his bittersweet comedy …

'The Golden Apple," a critical hit and commercial flop in 1954, is ending the New York City Center Encores! season with strenuous ambition and serious talent in a cornball musical-comedy hod…

J.T. Rogers' drama about the 1993 Oslo Peace Accords, has won the New York Drama Critics Circle Award for best play of the 2016-17 season.

A fundraising pitch in the program for Classic Stage Company describes its mission as "epic stories, intimately staged." Anyone tempted to dismiss that as hype needs to nab a scarce ticket f…

Tony Award nominations will be announced Tuesday morning for what has been one of the busiest, best and most competitive seasons in recent memory. After 13 new musicals, five musical revival…

SOURCE: Newsday Subscription at 05:31AM

The whereabouts of Nora Helmer have been imagined, debated and even dramatized since 1879, when she shocked the Victorian world by slamming the door on her ostensibly happy marriage in Henri…

The title "Bandstand" is a curveball. So is the subtitle, "The New American Musical." For audiences of a certain age, the name of the season's final musical suggests those dopey and adored t…

When John Guare's "Six Degrees of Separation" opened in 1990, the scintillating tragic-comedy was scathing and wildly enjoyable, even though one of the targets -- New York's radical chic -- …

'Anastasia' review: A vapid journey to the past on Broadway

Every couple of years -- OK, two years ago and now -- Broadway producers have felt compelled to stage a big, bombastic, romantic musical about recent Russian history, preferably based on at …

For a musical about the wonder of pure imagination, "Charlie and the Chocolate Factory" is bizarrely lacking in it.

If there were such a thing as a happiness meter at the Shubert Theatre these days, where, oh, where would that be placed? The obvious position is in the audience, where fans of "Hello, Dolly…

'The Little Foxes' review: Good reason to see it twice

The next time anyone challenges the need to have nonprofit Broadway houses alongside the commercial theaters, I'm going to shout out, "The Little Foxes."

Andy Karl, who performed at the opening of "Groundhog Day" Monday and the following day despite a serious knee injury, has cut back his appearances this week to just Friday and Saturday even…

SOURCE: Newsday Subscription at 11:02AM

Has there ever been anything quite like "Indecent," a play that touches -- I mean deeply touches -- so much rich emotion about history and the theater, anti-Semitism, homophobia, censorship,…

I saw Andy Karl in "Groundhog Day" on Thursday, and he was terrific. So, in fact, was the show, an ingenious, witty, dark yet joyously offbeat musical about Phil Connors, a snotty big-city T…

We don't often get the chance to think about Carol Channing and Eugene O'Neill's father in the same space. But here we are, pondering actors who famously made their careers with massively po…

Andy Karl, the star of the new musical, "Groundhog Day," injured his knee toward the end of Friday's performance, which may have jeopardized Monday's opening of the much-anticipated show.

SOURCE: Newsday Subscription at 11:36AM

Patti LuPone's voice glistens in many dark shades of steel -- shards with sharp points and astonishing smooth edges. Christine Ebersole sounds classy and creamy, but cream that bites and sti…

Kevin Kline has always struck me as a character actor trapped in a leading man's body -- too quirky and complicated to be satisfied as a romantic hero, but too great looking to simply play t…

'Gently Down the Stream' review: Harvey Fierstein returns to drama

We have learned many things about Harvey Fierstein since his breakout 1983 Tony-winning "Torch Song Trilogy" inspired him to declare himself the first "real-life, out-of-the-closet queer on …

The Broadway season has many openings left before the late-April cutoff, but it seems safe to say that none is likely to be weirder than "Amelie." Given the bushels of imagination in directo…

'The Play That Goes Wrong' review: The comedy goes right

How many times must characters get smashed in the head with doors and other wooden planks before, I admit it, even the most farce-averse among us gets worn down enough to love it? Is there a…

When Lillian Hellman's "The Little Foxes" opens on Broadway later this month, Laura Linney will crawl under the thick skin of Regina, the furious Southern wife cut out from her family inheri…

John Leguizamo is out to teach us something in "Latin History for Morons," but don't run for the door. He's wearing a professorial tweedy sport jacket and a tie, and is surrounded by books, …

For a brief moment before the November election, the news was filled with stories about disenfranchised blue-collar voters in the Rust Belt. At the same time, smack in the eye of the news cy…

Cole Porter wrote a lark of a racy musical called "The New Yorkers" to cheer people up during the financial panic of 1930. Three days later, the Bank of the United States failed. Twenty week…

Well, the helicopter has landed again and it's still very big. The mercenary Eurasian pimp known as The Engineer is bumping and grinding again on the hood of another Cadillac while singing a…

'How to Transcend a Happy Marriage' review: Play questions monogamy

What looks alarmingly like a dead, skinned goat hangs upside down from a hook at the start of Sarah Ruhl's "How to Transcend a Happy Marriage." A willowy woman enters, seems to whisper somet…