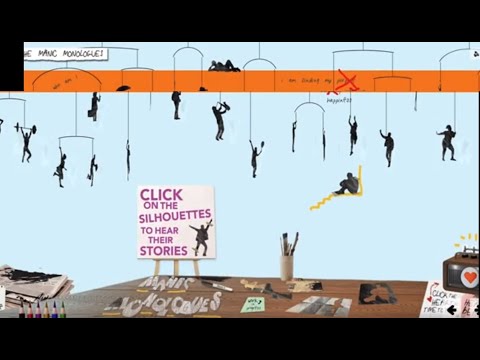 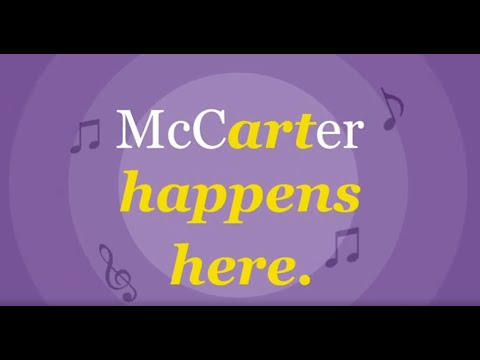 This Week in Broadway History: May 4 - 10 🎭OPENING NIGHTS🎭  May 4, 2008: Boeing Boeing landed at the Longacre Theatre for 279 performances with an all-star cast including Mark R…

Linked From www.jkstheatrescene.com at 11:12AM

S1/Ep9: MAX CLAYTON: LET’S HEAR IT FOR THE THIGHS by Elizabeth Wheless

Brandon and Sophie sit down with star Broadway actress, Heidi Blickenstaff and discuss her career from the start and her time with shows such as [Title of Show], Something Rotten, and perfor…

On this episode of "E-Ticket to Broadway," David is joined by his bestie Autumn Hurlbert ("Something Rotten," "Little Women," MTV's "Legally Blonde: The Search for Elle Woods") to discuss th…

Episode 201- We’re BACK! with Jonah Ho’okano and Peter Surace by Elizabeth Wheless

Welcome back to season two of What's Your Backup Plan?. In this episode, we chat with Jonah Ho'okano (Aladdin in the National Tour of Aladdin, Disney Cruise Lines), and Peter Surace (Somethi…

Resounding, the live immersive live-audio entertainment company, announced casting for the upcoming live outdoor performance and broadcast of the pirate classic Treasure Island as part of …

Linked From Theater Pizzazz at 09:44AM

"I'm so glad Disney exists, because I don't know what I'd do without it in my life." Heidi Blickenstaff (Something Rotten, [title of show], The Little Mermaid, "Freaky Friday") joins the pod…

Linked From broadwaypodcastnetwork.com at 04:08PM

Beetlejuice star Leslie Kritzer has done a few shows... Something Rotten, Elf, Sondheim on Sondheim, A Catered Affair, Legally Blonde, Hairspray, BUT MOST importantly... She is a student of …

Linked From broadwaypodcastnetwork.com at 05:00AM

Checking In With… Tony Nominee Brad Oscar, Star of The Producers, Something Rotten!, More by Andrew Gans

Oscar was playing Frank Hillard in the new Broadway musical Mrs. Doubtfire when the pandemic brought down the curtain on theatres around the world.

Linked From BroadwayWorld at 01:43PM

Tony winner Christian Borle and Michael Potts are set to have recurring roles on the second season of Fox's serial killer thriller Prodigal Son, according to Deadline. The two Broadway favor…

On today’s episode of “Tell Me More,” Matt speaks with Broadway, West End, and now recording star, Marisha Wallace. After ensemble and understudy roles on Broadway in “Aladdin” and…

69 Years after her death, Fanny Brice has answered my call to bare it all on my podcast, Baring It All with Call Me Adam. Additionally, the “Go-To Fanny Girl," Kimberly Faye Greenberg has …

From Rent to Something Rotten!, Celebrate Adam Pascal With a Look at His Stage Highlights by Playbill Staff

Resounding, a live immersive audio entertainment company, will present its next production, Treasure Island: Live, on November 27 and 28 at 8 pm EST. The show will star Maggie Lakis (Somethi…

Linked From BroadwayWorld at 01:35PM

Hot Clip of the Day: How About Something Rotten!'s "A Musical" To Start The Weekend?

It's the weekend and we have three more months of 2020. More often than not, a great cast album can really boost your spirits. One of the shows that we immediately think of is Something Rott…

Linked From BroadwayBox at 10:00AM

VIDEO: Original Tour Cast of SOMETHING ROTTEN! Reunites for Reimagined 'To Thine Own Self Be True'

The Something Rotten! 1st National Tour cast has reunited for a performance of the reimagined song, 'To Thine Own Self Be True'. The song was rewritten for the tour but has never been record…

Linked From BroadwayWorld at 11:21PM

Audition Song Suggestions for Something Rotten! – By Character by Performerstuff

Linked From performerstuff.com at 11:01AM

Musical of the Month: Floyd Collins: The Cast by JK

Last week, we introduced August's Musical of the Month, Floyd Collins an off-Broadway show that was a critical success and musical fan's dream, but had a short run in the mid-90s. You can s…

Linked From www.jkstheatrescene.com at 05:12PM

Listen to Michael James Scott, Kate Reinders and Miguel Cervantes on the E-TICKET TO BROADWAY Podcast

Linked From BroadwayWorld at 12:03PM

Linked From Broadway.com at 04:32PM

UK Premiere of Something Rotten postponed until 2021 by Douglas Mayo

By Douglas Mayo The Birmingham Rep has announced that the UK premiere of the hilarious Broadway musical Something Rotten is being rescheduled until 2021. This post UK Premiere of Something R…

Linked From britishtheatre.com at 10:00AM

South Korean Theatre Hopes to Make a Comeback This Summer With JAMIE, ROTTEN!, and More

The theatre industry in South Korea is hoping to make a comeback this summer, with the production of well-known musicals, like Everybody's Talking About Jamie and Something Rotten!, with al…

Linked From BroadwayWorld at 08:02AM

Last week, we began The Broadway Top 40 Countdown of the best new Broadway songs of the last decade. If you missed it, you can check it out HERE. This week, we get up to the middle of our l…

Linked From Dramatics Magazine at 05:51PM

Only time will tell if the second decade of the 21st Century will have generated what will be known as a "classic Broadway musical." No one knows for sure. But with the wonderful mix of esta…

Linked From www.jkstheatrescene.com at 08:32AM

Like the rest of you, we get out laughs where and when we can these days. One of the really good great guys of the Broadway community has been using his down time to cheer the rest of us up…

Celebrate the 5th Anniversary of Something Rotten! on Broadway by Marc J. Franklin

Linked From Playbill at 04:00AM