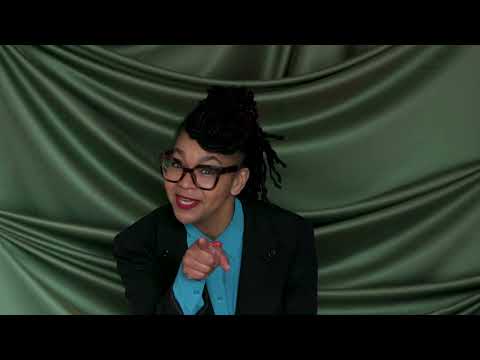 By: David Sheward December 31, 2022: Bruce Norris has already won a Pulitzer Prize and a Tony Award for Clybourne Park, his clever contemporary twist on race derived from Lorraine Hansbe…

Digging Deep Into Empathy With "Downstate" by Jan Simpson

Bruce Norris has a knack for making people uncomfortable.  His 2006 play The Pain and the Itch featured a 4-year-old with a genital rash, a metaphor for her family’s dysfunction that call…

In 1923, after highly celebrated and groundbreaking productions in Europe, Sholem Asch's drama God of Vengeance finally opens on Broadway. What European audiences had found brilliant, dazzli…

Dissent in the ranks in uber-timely American comedy Can a play peak too soon? That's the quandary that attends the Old Vic airing of Eureka Day, Jonathan Spector's on-point if overextended…

CLEVELAND: Cleveland Play House (CPH) board of directors has announced that regional theatre veteran Mark Cuddy has been appointed to serve as interim artistic director as the theatre seeks …

Fresh “Ham” at the Public by Jack Wernick

Fat Ham arrives at the Public Theater for its first live production following the Zoom staging by Philadelphia’s Wilma Theater that earned it the 2022 Pulitzer Prize for Drama. The play’…

Bruce Norris' Pulitzer Prize and Tony-winning play Clybourne Park is getting a star-studded film adaptation. Deadline reports it will be directed by Pam MacKinnon, who was Tony-nominated for…

Written by Bruce Norris, the riff on Lorraine Hansberry's A Raisin in the Sun premiered Off-Broadway in 2010.

Bruce Norris will adapt his play for the screen, with Pam MacKinnon directing.

SOURCE: TheaterMania at 11:48AM

Tell Us In 10: Oliver Kaderbhai by Harriet Hughes

In our profile series, Tell Us In 10, we ask cast members and creatives of top London shows to tell us all about themselves in just 10 questions. This week we hear from Oliver Kaderbhai, the…

The week in theatre: To Kill a Mockingbird; The Mozart Question; Clybourne Park – review by Susannah Clapp

The 2010 satire about race and the realities of real estate remains blistering Bruce Norris’s Clybourne Park arrived at London’s Royal Court like a blazing comet in 2010, a bold kind of …

WELCOME BACK, BITING SHARP AS EVER    In 2010 Bruce Norris’ play wowed the Royal Court: this is a  ten-year anniversary (well, plus two years lost to Covid) so forgive me for quoting wh…

‘It’s offensive in the best possible way’: Eric Underwood on his leap into acting with Clybourne Park by Lyndsey Winship

The former Royal Ballet dancer and model is set to make his theatrical debut in Bruce Norris’s knotty, Pulitzer prize-winning play. He explains how he found his voice on and off stage Twen…

Clybourne Park returns to the Park Theatre by Kitty Underwood

Having had to shut down Bruce Norris’ seminal play Clybourne Park at final dress rehearsal in March 2020, the production will open at the venue in March. The post Clybourne Park returns to…

London’s Park Theatre has announced details of its new spring season, running from 9 February to 30 April 2022.

This year's festival will spotlight the best in high school theatre nationwide with productions offered through both primetime streams and an on-demand library.

Review: A Raisin in the Sun by Frank

This week's monologue was written by Cynthia Zephry a senior from G-Star School for the Arts in Florida, performed by Lio Mehiel, and directed by Tatyana-Marie Carlo. To read more about the…

Broadway Games: Which Happened First? We made it through another week! Here's a new game to get your Broadway brain going! How To Play: Put each list in the order in which they occurred. …

Originally meant to be directed by Dominic Cooke (Follies, Clybourne Park), the upcoming musical on Bob Marley's life entitled Get Up, Stand Up! The Bob Marley Story will now be directed by…

SOURCE: London Theatre Direct at 08:40AM

Tell Us In 10: Richard Lintern by Kitty Underwood

We ask cast members and creatives of London shows to tell us about themselves. This week, we hear from Richard Lintern, starring in Clybourne Park. The post Tell Us In 10: Richard Lintern ap…